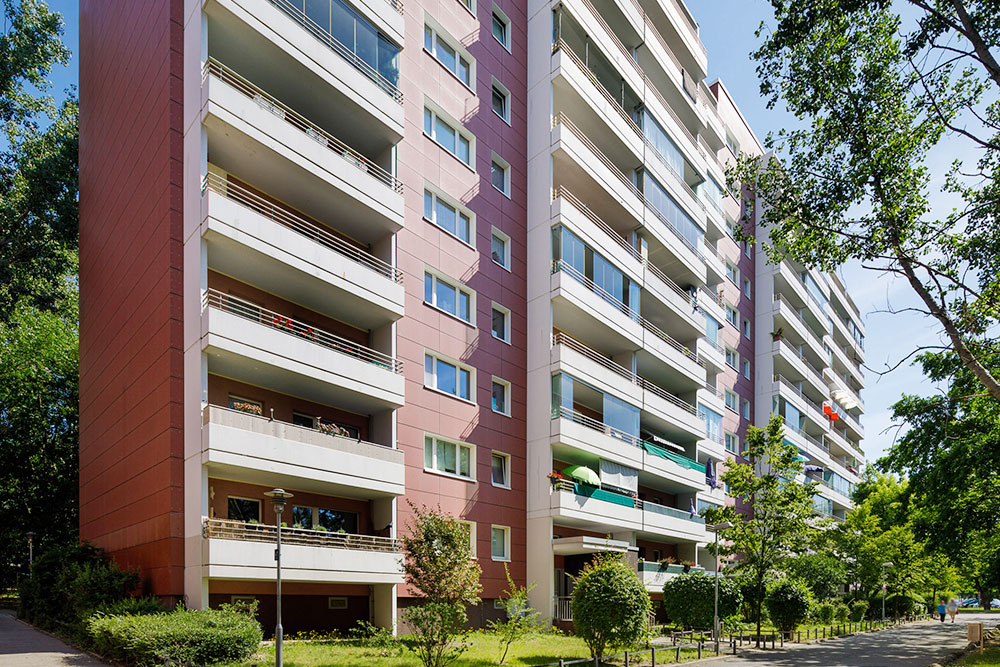 This property in Berlin’s eastern borough of Lichtenberg and there in the district of Hohenschönhausen (sub-district of Friedrichsfelde) near the Lichtenberg borough council office, the open range zoo and Friedrichsfelde manor, consists of several multi-dwelling units with eleven storeys each and twelve entranceways overall that were built as prefab tower blocks in 1980. The site has convenient public transportation access via the “Friedrichsfelde-Ost” rapid-transit station and several bus and tram lines.

The buildings were extensively refurbished and modernised in the year 2000. The houses feature balconies, and in some cases loggias, as well as separate basement store rooms, lifts and district heating while the grounds include green spaces and a playground.