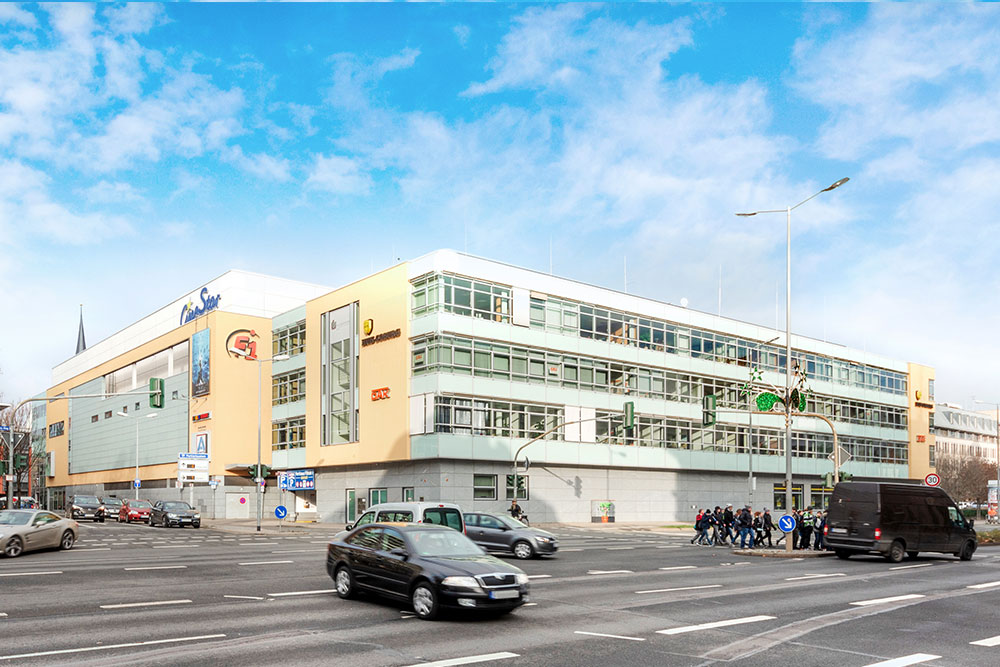 In early 2020, DVI acquired the mixed office and retail complex known as “F1 / Forum am Anger” along with the underground car park beneath it and the adjacent development site.

As it lies halfway between the central railway station and the pedestrian precinct, the “Am Anger” scheme could hardly be more centrally located. In addition to the CineStar Erfurt, the largest multiplex cinema in the state of Thuringia, the property houses a large shoe store and an ALDI discount supermarket. DVI is planning to restructure the premises used for retail, leisure and entertainment purposes.

By letting around 1,100 square metres to the federal German police, the DVI Group managed to achieve full occupancy for the office accommodation in a matter of months. The underground car park is leased long-term to a company owned by the City of Erfurt.

DVI plans to raise a new hotel building whose ground floor will include retail and gastronomy units on the undeveloped building site, which is currently used as parking lot.