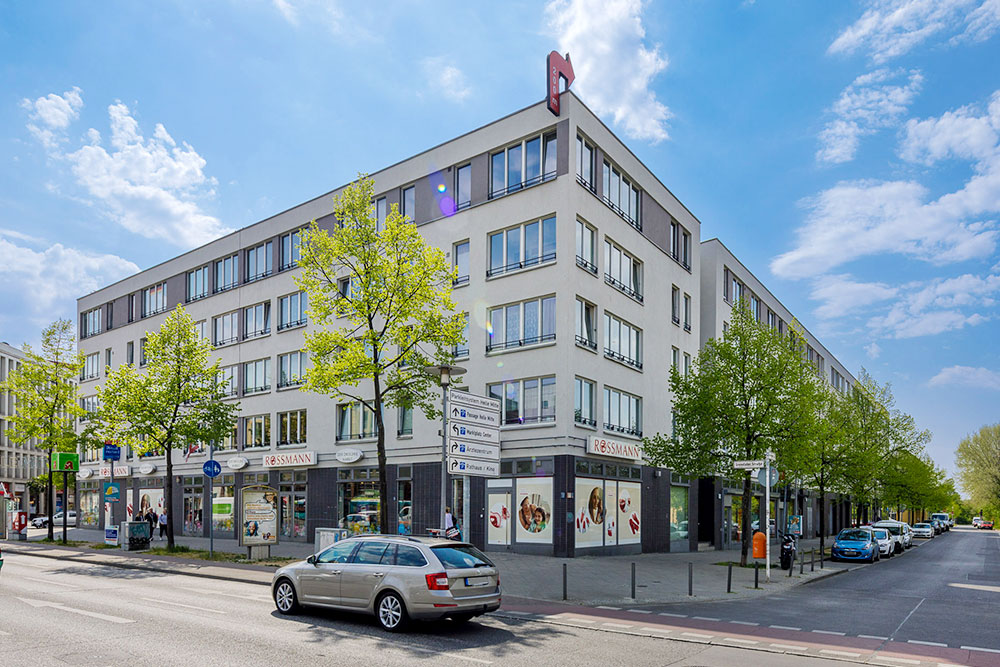 Janusz Korczak Strasse and others

Built in 1997, using solid construction, this residential and commercial building is located in the eastern Berlin district of Marzahn-Hellersdorf in the Hellersdorf subdistrict, not far from the retail and commercial centre known as “Helle Mitte”. The building has five floors; an underground car park, individual storage cellars and district heating are provided.

Various retail outlets are housed on the ground floor, including a post office, a pharmacy and a Rossmann drugstore. The street areas includes small car parking zones and deciduous trees. There are good connections to the public transport network with U-Bahn, tram and bus lines.

DVI holds the property through a property fund in which it owns a majority stake.

DVI Group owns a total of 3,026 flats in Hellersdorf as well as large parts of the retail and commercial centre known as “Helle Mitte”.