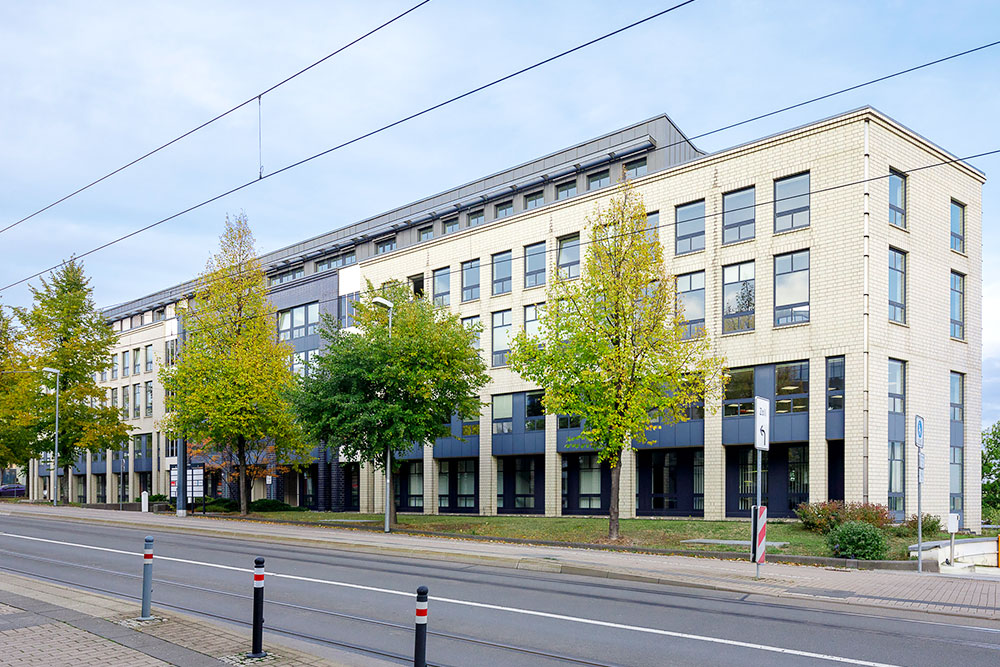 Built in 1995, this office scheme lies inside the “Bürostadt Airfurt” business suburb in the immediate vicinity of the Erfurt-Weimar Airport, and has a direct tram connection to the central railway station of Erfurt, the state capital of Thuringia.

When DVI acquired the office property in summer of 2019, it showed 31% vacancy, which was largely rolled back within a short period of time. The new tenants we signed include the well-known company DXC Technologies and the administration of the prestigious Volkssolidarität charitable services organisation.

DVI owns another office property directly in the neighbourhood..