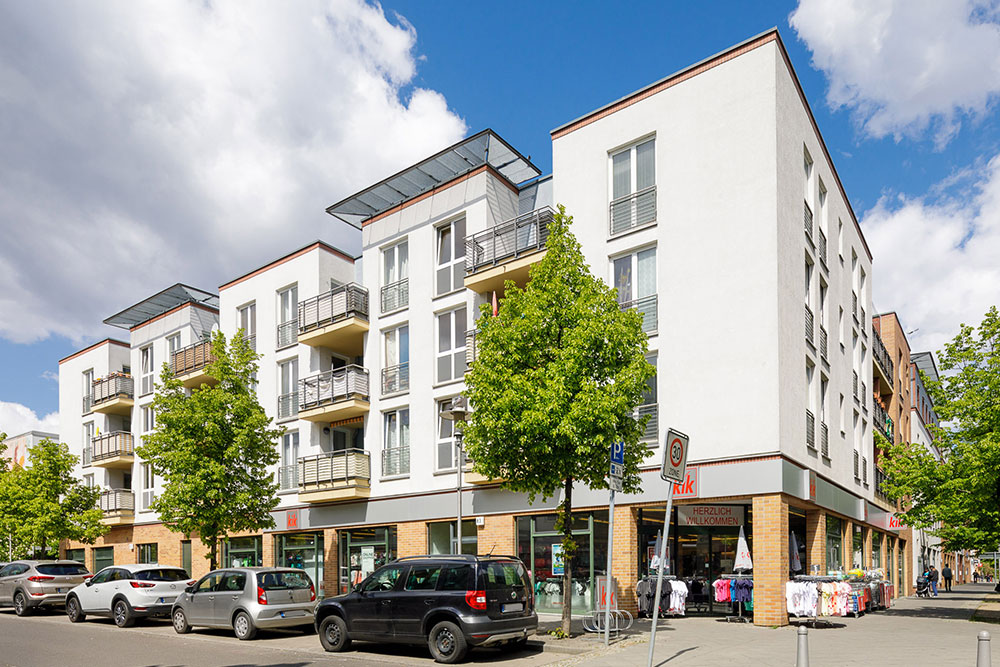 This property, which can be reached by U-Bahn metro, tram and bus, is located in the eastern Berlin district of Marzahn-Hellersdorf (Hellersdorf subdistrict), not far from the retail and commercial centre “Helle Mitte”, and consists of two four-storey residential and commercial buildings with green flat roofs and a total of 16 staircases, as well as an underground car park, built in 1999.

The ground floor has shops, service providers, offices and consulting rooms; the upper floors have apartments, 72 of which are subject to long-term rent control. District heating and individual storage cellars are provided.

DVI holds the property through a property fund in which it owns a majority stake.

DVI Group owns a total of 3,026 flats in Hellersdorf and large parts of the “Helle Mitte” retail and commercial centre.